Friends of Aery Faery Tangent
Consideration for a community garden in Royal Oak began in Dec 2010 when CitySpaces consultants, on behalf of Saanich, approached residents with a proposal.  The suggestion was to turn a parcel of land, across from Royal Oak Shopping Centre, into a naturescape park.  Residents responded positively to naturescape elements but wished also to include food growing.

Community effort toward an allotment garden in Royal Oak continued with a coffeeshop meeting in Febr 2011.  This was followed by a series of potluck dinner / discussions through the summer and into the fall of 2011.  Some residents' ideas were included into a sketch: 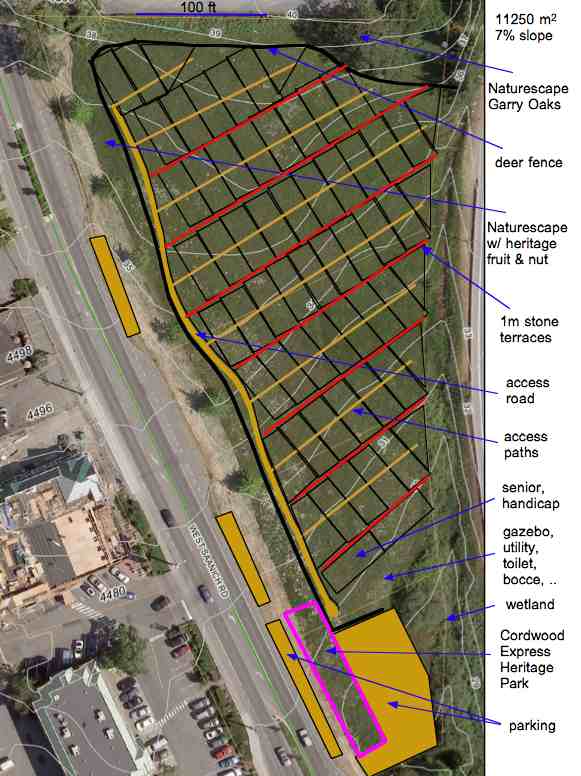 The residents ideas include naturescape elements forming an attractive border along W Saanich Rd and an attractive vista as seen from the neighbouring Fireside Grill restaurant.  Residents also suggested a heritage park area, recalling the old "Cordwood Ltd" (V&S) railroad, seen in a photo below. 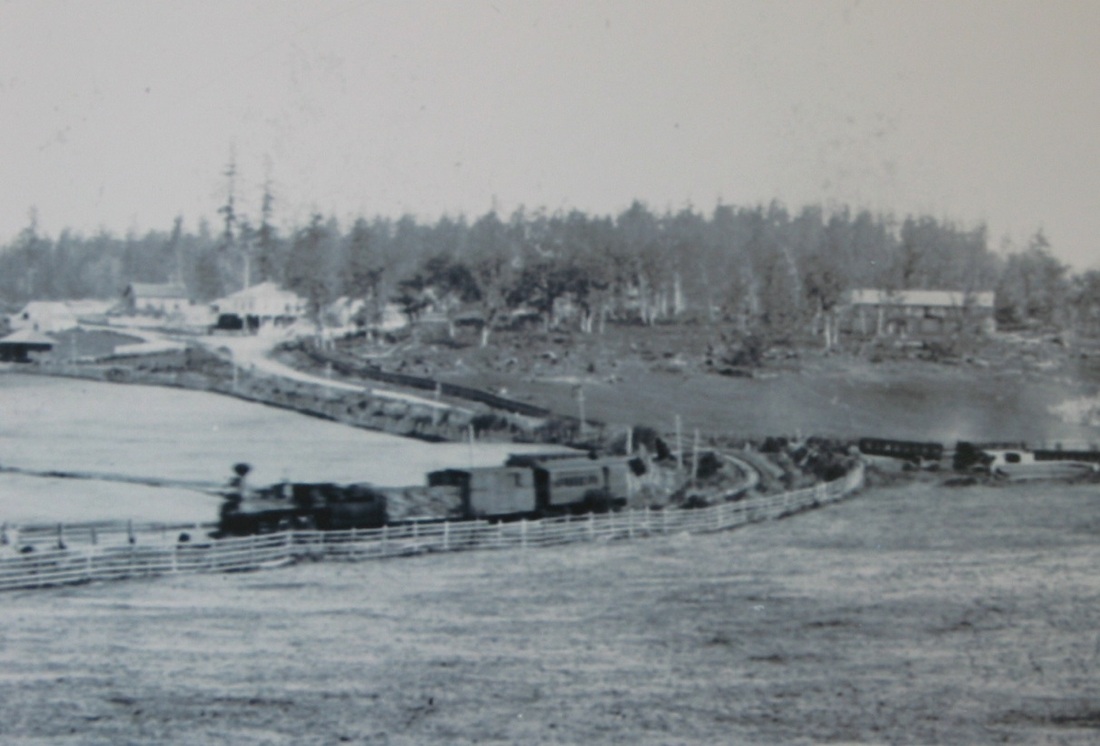 We residents attempted to share our ideas with Saanich Mayor, Council and Parks Dept.  But we were told that no discussion would be allowed.  We collected signatures from more than 300 residents, 45 nearby businesses, the local community association, pastor of the community church, leaders of service clubs and more.  The resulting 38 page proposal ("Cordwood Heritage Park") was submitted 15 Nov 2012.  But Saanich remains adamant that no discussion is to be allowed.  However, you may download the proposal (excluding signature pages which include private information) by clicking the button below.
Download proposal (1.7MB)
Other residents have rallied to the  "Cordwood Heritage Park" as a way of preserving the vital essence of Royal Oak.  Discussion by these residents can be found by CLICKING HERE.

Meanwhile, Saanich would-be gardeners formed Saanich Allotment Gardens Advocates ("SAGA") for promotion of community allotment gardens across Saanich.  Click the SAGA logo (on left) to go to SAGA site.
Finally, Saanich has responded -- not by permitting discussion of the "Cordwood" -- but rather by proposing a smaller community garden behind Commonwealth Place.  As the intended field behind Commonwealth Place is the only available outdoor area, adjacent to Commonwealth, where youth and other athletic teams can excercize, there has been resistance to the idea.
To read about Saanich proposal at Commonwealth, including public response, as well as a Saanich proposal for a garden in Gorge Park, CLICK HERE.

Undaunted, valiant Saanich residents press on, building a broader, stronger vision for a connected, resilient, sustainable future that includes community gardening along with local agriculture.  This vision includes the "Cordwood" along with crucial aspects of the Commonwealth proposal and other newer elements.  A website, ROAG.CA, is in development and anyone interested to join this community-building, vision-building effort is welcome to contact others at info@roag.ca.