Friends of Aery Faery Tangent
Saanich currently has a proposal called Glanford Complete Street.  (Click here for Saanich website.)  This would improve pedestrian and bicycle environments along Glanford from Vanalman to Ralph Street.  Saanich has also recognized an especially difficult intersection of Mann-Glanford-Quadra.  Friends AFT have discussed the special need and opportunity to link these two areas with bikelanes along Glanford from Vanalman to Mann, as sketched below: 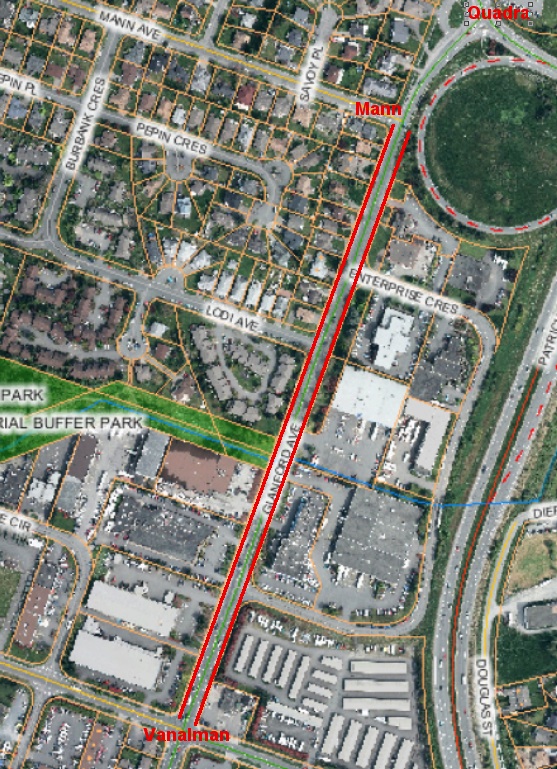 This connection along Glanford is particularly important because the portion (a) has higher volume of  industrial traffic, (b) lacks paved portion outside traffic lanes, and (c) includes a slope that slows northbound cyclists.  As well the connection is opportune because there exists generous road allowance to accommodate bike lanes.  Significantly however the bike lanes as sketched end at Mann Ave.  This would be very bad and we deem it essential that improvement on Glanford be carried out with an integrated plan for the Mann-Glanford-Quadra exchange.